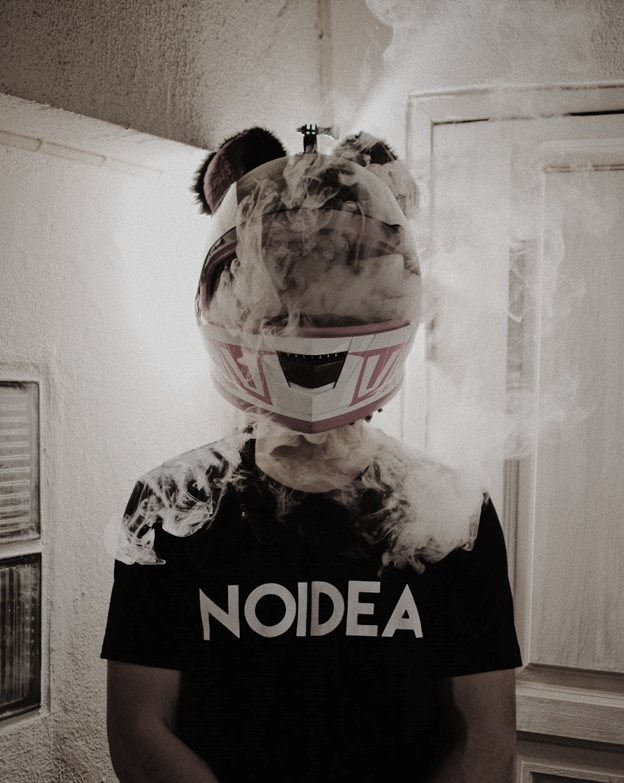 You keep thinking you will grow accustomed to a feeling of worthlessness, but you never do.

Your goal was to pay off your debt by the end of the year. Your credit card. Your overdrafted checking account. The last three thousand or so dollars of your student loans. The payments on the van you bought but that your ex-wife sold to get the money to buy herself a truck.

You are just making payments on her truck, basically.

You’ve been working, but you realize it isn’t going to happen. This is not the year that you pay off your debt. Even on days you have off from your regular job, you go to work for your friend Gruber to make extra money.

He owns a landscaping company. You meet at his house in the morning and go together in his truck to a client’s yard, where you pull weeds.

After a while, Gruber says, “That’s good enough.”

He says, “That’s the good thing about trying to go for a quote-unquote natural look. When I’m sick of pulling weeds, I just stop pulling weeds. It’s natural.”

Time for a break. You go with him to the coffee shop where he used to work before he started his own company. The baristas there are cute. They are excited to see him. When he realizes that he has forgotten his wallet, they make jokes about scanning his retinas. He giggles and puts his face over the cash register, as if it might be accepting a payment from an account linked to his eyeballs.

One of the baristas grabs the back of his head and slams his face into the cash register and laughs.

“Sorry,” says the other barista, addressing you. “I know that seemed violent, but we all love each other. We love Gruber so much.”

You can’t think of anything clever to say.

You are thinking about all the times that you have wanted to grab your friend by the hair and smash his face into something, but you feel like you probably shouldn’t mention that.

You pull some crumpled bills out of the pocket of your work pants and pay for the espresso.

You wish someone would grab you by the hair and smash your face into something.

You don’t think you deserve it, but you’ve been wrong before. You probably do deserve it.

Maybe that’s how you could make some money.

Frustrated service industry workers could take out their rage and frustration by paying you to let them smash your face into something.

It could be donation-based.

You don’t want to be classist.

You could print up flyers and pass them out:

Back to work, sort of. You drive with Gruber to a plant nursery almost an hour away.

On the way there, you listen to the college radio station and think about how you recently got laid.

You certainly didn’t see it coming. Why would you?

So, even though you knew that you were going out on a date, you did nothing to prepare.

She came back to your house, and when you opened the door to your bedroom you said, “Sorry. It looks like a depressed person lives here.”

You thought about saying something similar about your neglected, untrimmed pubic hair, but you didn’t want to call any more attention to the complex ecosystem of chaos in which you seem to live.

Does any of this make you an asshole?

If anyone ever calls themselves an asshole, you should probably believe them.

You make a resolution to believe every self-declared asshole.

And then let them smash your face into something.

But you’re not an asshole.

You’re just a loser in a mountain town populated with extremely rich people.

They know some secret that you don’t.

This is because you are dumb.

You and your best friends are a bunch of dumb drunks who will never pay their debts.

And Jimbo, who pours shitty whiskey into a Maker’s Mark bottle that he carries around in his backpack.

And Avagyan, who is dating a 21-year old.

Though, when you think about it, dating a 21-year old actually doesn’t seem like such a loser thing to do.

This creepy guy at some hot springs once told you, “You’re only as old as the woman you’re holding.”

About letting her smash your face into the hood of a Lincoln Continental.

About fading into the sweet peaceful caress of the universal void together.

No, you’re not a loser, you decide.

And neither are any of your friends.

How could you think such horrible things about your best friends?

You really do deserve to have your face smashed into something.

And you’ll get rich from it.

Nathaniel Kennon Perkins is the author of Cactus. He lives in Boulder, CO, where he works as a bookseller and publisher at Trident Press. His creative work has appeared in Triquarterly, The Philadelphia Secret Admirer, Keep This Bag Away From Children, decomP magazinE, Maudlin House, Timber Journal, and others. He is the recipient of the High Country News’s 2014 Bell Prize.