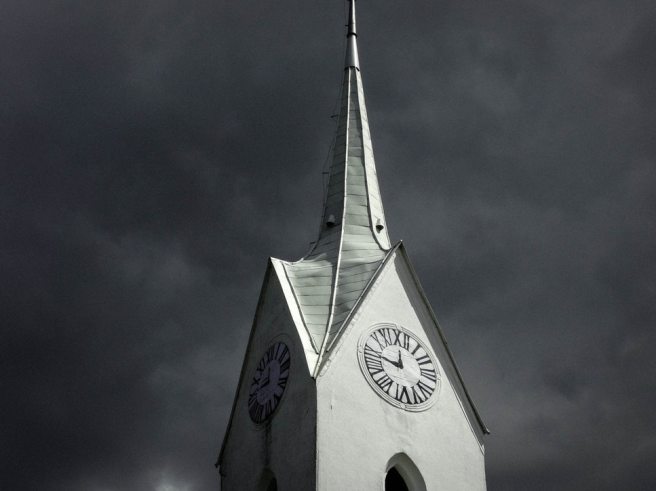 Down the hill stood a house beside a set of railroad tracks, a house I always called the Hopper House because it reminded me of those Edward Hopper small town scenes he would paint, quiet and windswept, forlorn. Shades of chipped emerald and hunter green paint, scalloped awnings, spire staircase, slanted chimneys. This house stood on Orient Avenue with dirt for macadam and a green-striped folding chair on the front porch, a radio playing in the window and a dog barking somewhere deep inside, but no one ever sat in the chair or came out when I walked by every day.

I was in a bad way, unemployed aside from some very fortunate writing jobs or some small checks coming in for poetry, $10.00, $5.00, even a few for $2.00. I would walk to the bank and cash them and then take Orient Avenue and a short-cut through the grounds of a dilapidated trolley station to a small tavern by a rock-strewn river where I’d eat an inexpensive meal or just blow the whole shot on two-dollar bottles of beer.

I often stopped at the Hopper House and looked up, wondering what it must have been like to live there during its heyday. All three stories were gorgeous and ornate, though falling apart from years of neglect and agoraphobic hibernation. Save for the dog and the radio I would have called it abandoned. Even haunted maybe, and that green folding chair always gave me an odd feeling like someone I couldn’t see watched from within, waiting for me to leave.

All that summer I wrote letters to a woman in Germany about the house. She wrote back and told me of a similar manse near her father’s summer home outside Bremen. Her haunted mansion was not green but yellow, bleached by the sun and empty, and stood back from the road on a small rise, its black hollow eyes watching their car drive by whenever they went back into town from their seaside cottage. She asked if I named my green house, and I said yes. I told her of Edward Hopper. She knew him and adored his work, most especially Automat.

One afternoon someone at the end of the bar said a car went off the road and had rammed into the house and some of us got up and half-walked, half-ran up the street to the Hopper House. A white Subaru had crumpled into the front porch and paramedics, police officers, and firemen surrounded the car and were climbing onto the porch. We watched for a while but no one came outside, no one sat on the curb with head in hand, not even the driver, who apparently ran off. The dog didn’t even bark.

Soon we all walked back to the bar, but for weeks afterward blue tarpaulins covered the broken portions of the porch and stairs, with no dog, no radio, no green folding chair. I wrote a letter to Germany and told her what happened at the house, and two weeks later her reply said I should avoid it. My story gave her a bad dream, a bad feeling. It was haunted, she said, and a magnet for bad luck. I believed her. I always believed her. She signed her letters Yours, so I did too.

I avoided the house after that, as she specified, but I had dreams of the house as well. I had them then and long after I moved away. In the dream I walked up those porch steps and put my hand on the doorknob. A fear filled my chest about what waited inside, about going up the stairs to the second floor, the third floor, the attic, and then I was there, in that attic space. I heard the radio far below me, the dog barking somewhere. I closed my eyes and a claustrophobic warning in my heart told me that what if I opened my eyes again I’d discover something unbearable. In the dream I would run, painfully slow, and leave the front door open behind me, the green folding chair sideways, the dirt driveway littered with bottle caps and gravel as I raced for the horizon, for that wildfire sky.

And then I’d wake up—somewhere else, far away. But the dream was hard to shake and I wrote to Germany about it, but after three letters with no reply, I stopped writing. Now there is only the dream, wherever I go.

James H Duncan is the editor of Hobo Camp Review and author of such books as Nights Without Rain, What Lies In Wait, and Dead City Jazz, among other collections of fiction and poetry. For more, visit www.jameshduncan.com.