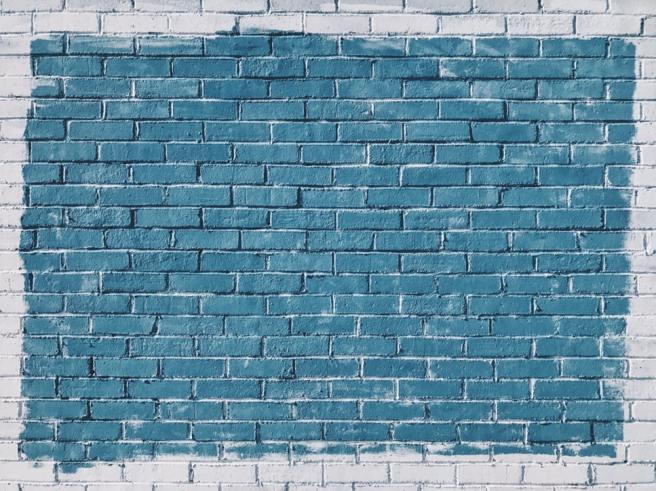 I ask my sons about dogs. Today, dogs in paintings: why a dark tail curls out beneath the monk’s robe as he strangles a dog. My sons don’t eyeroll, even the living one. They look at me the way dogs do, wet and directly.

My live son asks what’s inside a dog and my dead son says shit. No one nods because we’re now in a sculpture room. The dog’s pelt grabs little spaces. Maybe he’s a going-to-sea-dog: his nails scratch at a saint’s knees, shellish pelt wrinkling. My dead son asks for a spear and I say no violence. I lift an apple again or a pomegranate but it doesn’t go anywhere because stones aren’t hungry.

Outside in the city someone’s posed between wings –this time blue for the endangered scrub jay. They’ve stopped in the kitsch, shoulder-high thin spot. My live son says this is stupid but he’d do it for his child. My dead son says well that’s it for the bloodline. I stitch blue to each boy whenever the paint flecks.

Little mouths in a river tingle or twitch. Back in the origin myth I nearly fall down the same step. Someone asks why even go to term with an accident/ stormstrike/ deathray/ baby, but it’s always too soon to ask art.

I ask my dead son if he’s feral now. Because even cities get lost, even a toddler saint’s head except for one lone stone curl caught in St. Isabel’s dress. My live son knows about cutting because he’s needed transfusions. My dead son knows other things. Someone with a nosebleed leaves 6 votive kleenex.

The devil asks why he wants to be loved by boot on his belly or hand on his neck so much. Moonfaced and sad as he chokes? Call flat dog. Gut-wrenched around another stone boot? Try tide-coming-in dog. My sons hang “gone fishing” signs though one’s really out scoring weed. What’s up, asks a stair. This is the elimination round, scrub jays, so whistle whistle into the last blue city. 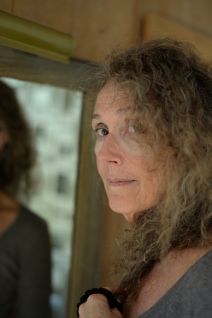 Terri Witek is the author of 6 books of poems, most recently The Rape Kit, winner of the 2017 Slope Editions Prize judgedby Dawn Lundy Martin. Her poetry often traces the breakages between words and images, and has been included in American Poetry Review, Lana Turner, Poetry, Slate, Poesia Visual, Versal, and many other journals and anthologies. She has collaborated with Brazilian visual artist Cyriaco Lopes (cyriacolopes.com) since 2005–their works together include museum and gallery shows, performance and site-specific projects featured internationally in Valencia, New York, Seoul, Miami, Lisbon, and Rio de Janeiro.  Collaborations with digital artist Matt Roberts (mattroberts.com) use augmented reality technology for smart phones to poetically map cities and have been featured in Manizales (Colombia), Glasgow, Vancouver, Lisbon, Miami, Santa Fe and Orlando. Witek directs Stetson’s undergraduate creative program and with Lopes teaches Poetry in the Expanded Field in Stetson University’s low-residency MFA of the Americas.   terriwitek.com