My initial discovery of the movie Aliens did not happen during a pandemic. I was a mere 8 years old when I first glimpsed the bold advertisement glaring up from an open newspaper in my living room. There it was: A single black rectangle with the thin letters of the title promising something so mysterious and horrifying (This Time It’s War), it was a certainty I’d be processing the shock of it for years to come. It didn’t take much convincing (or begging) to get my mother to take me to see it, but when it was over, I left as changed as I’d predicted; yet I had no way of integrating what happened in that theater, or what I’d actually seen.

I cannot count the amount of times I’ve seen the film, but I’m pretty confident I have it memorized. An upsurge of these viewings took place during my adolescent years where, growing up in punishingly conservative Oklahoma, I was attacked often. The more I was attacked by those with virulent religious goals, the more I watched the film. And something else occurred that would lead me to a few other conclusions. On a thoroughly subconscious level, I was experiencing a form of absolute catharsis, a direct line of it on perpetual repeat.

I was also learning how to survive.

Sigourney Weaver might not be aware of it, but her performance accomplished a lot of things that go far beyond the realm of simple entertainment. It became a kind of template for me early on for how to deal with isolation, loneliness, and hyper-vigilance, the never ending product of trauma. I was watching someone process her own trauma, repeatedly, and like a lesson, I was doing the same.

Ripely isn’t greeted with sympathy when she’s found drifting in space after 57 years; she’s greeted with hostility and skepticism. This insult to injury is seldom discussed when the issue of trauma shows up; what you discover as a trauma survivor is that no one has the ability to truly empathize, unless they experience the trauma themselves. And in Aliens, this is exactly what happens. A type of revenge, or inadvertent poetic justice for Ripley, takes place once they all agree to go back to the planet, LV-426. She’s warned them (a form of compassion they don’t really deserve), but they go anyway, and for reasons that extend beyond just checking to make sure everything is all right (ulterior motives typically go hand-in-hand with trauma and betrayal). The company man, Burke, would see to that, and Ripley would eventually confront him: “Do you really think you can get a dangerous organism like that past ICC Quarantine?”

In the 1990s, as a teen watching Aliens on VHS, I took from it that survival of anything is essentially possible; after all, look at Ripley. Look at her betrayals, the incessant and unnecessary obstacles she must overcome simply to attempt a normal life, something that she is consistently denied. If anything, the real alien is Ripley, and any gay man who grows up under the regime of punishing conservatism will tell you, life is much the same. Yet, we survive. Even Ripley acknowledges this when she spotlights Newt’s almost truly unbelievable feat: “This little girl survived … with no weapons, and no training …”

I’m isolated again, but this time it’s in my apartment, and it’s due to a pandemic. If it has given anyone anything, it is time, and I’ve been afforded the opportunity to revisit Sigourney’s iconic performance (an Oscar nominated one at that), and like all timeless mythologies, new things start to surface.

It’s perhaps clearer than it ever was that isolation is something all of these characters experience, albeit in very different ways from Lt. Ripley; Hicks with his quiet, furtive glances, and his reticence to give away much about himself to anyone; Newt with her overt suppression and stark abandonment, including her makeshift hideaway that resembles a ramshackle cave beneath a rotating fan. There is a distinct form of estrangement underneath the camaraderie, too; the marines are just doing a job. They don’t want to believe what the messenger / Cassandra has to say; that something is coming, and it’s not good. Only Newt is privy to this, and knows things even Ripley isn’t prepared for. Early in the film, Ripley faces an unsympathetic boardroom of corrupt, corporate assholes who want to blame her for the destruction of their ship, while simultaneously choosing to ignore the very cause of it (the scene is symbolic; unsurprisingly, money is more important than human life to the corporate politicians), and she responds to them with deserved incredulousness, followed by their attempt to silence her:

“Did IQs just drop sharply while I was away… I can tell where this is going, but I’m telling you that those things exist…”

“Thank you, that will be all.”

“God damn it, that’s not all! Because if one of those things gets down here then that will be all! Then all this — this bullshit that you think is so important — you can just kiss all that goodbye!”

Here is the warning. The people staring her down are in denial; they don’t want to admit that what she’s saying is, in fact, true, and it’s a fair bet someone in that room knows she’s right; and, if they do know, they want to keep it hushed-up. Watching this, it became apparent just how much it reflects our own pandemic, right now. How in some states, people simply choose to look the other way, or get angry when they see someone wearing a mask in public, or shout at them that, “It’s just a flu!”  All while the seriousness of it is downplayed. As Ripley tries to emphasize the critical reality of the organism that obliterated her entire crew, the very people who should be listening, write her off as insane, and then denounce her credibility. The way some politicians treat scientists now.

Later, when the marines trudge through a tunnel of alien goop filled with dead bodies and empty eggs (evidence enough, perhaps), the creatures wake up, and denial is no longer possible. Those who doubted Ripley are under attack, and it’s happening fast. She tries to stop it, and her vigilant proactivity is immediately muzzled by those in charge. She resists, however: “Get them out of there! Do it! Now! Hicks, whoever’s left…” And when the headset gets jerked away from her — the only connection to those under assault — she takes matters into her own hands, and speeds off in a tank to save them, crashing, literally, through a wall. It’s in the aftermath that the remaining marines suddenly want to return inside for their comrades, abandoned in the alien nest, to which Ripley replies, with clinical certainty, that, “You can’t help them. Right now they’re being cocooned just like the others.” Again, it’s too late. The damage is done. And we see that they hadn’t really listened to her, not like they could have. It’s only a mark of her character that she doesn’t gloat in the evident, ‘You were right, we were wrong,’ moment of it all. She’s just as involved as the rest of them. Her goal, now, is only to survive whatever comes next, and so she locks firmly into what that requires, step-by-step. 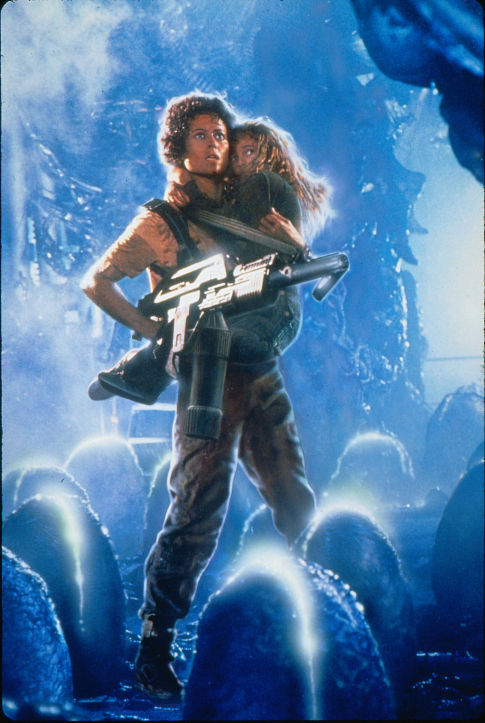 As I absorbed the film, tossed somewhere between nostalgia and a reawakening of sorts, I noticed how strongly it seemed to match the backdrop of the current ensuing chaos. The organism that attacks us is not an 8 foot creature that bleeds acid, but it attacks just the same. It’s showing us our vulnerabilities, but also our strengths, simultaneously. It generates questions: How strong are we? Who’s really listening? Are we paying enough attention? As reports on the pandemic increase, it is disheartening and disturbing to observe the incessant news cycles sharing conflicting information on the seriousness of this organism, of what it does to people, and how, in response, some people (country-wide) shrug at it, but the pandemic is here, full-force. It is something I hear people my mother’s age often say is “unlike anything” they’ve experienced. So many like her are in agreement where that’s concerned because the collective trauma is accruing, and it typically leaves a trail of itself.

Hospitals are beginning to become overwhelmed in places; there aren’t enough respirators or protective equipment for medical professionals in certain locations; grocery stores are being ransacked by people motivated by panic and selfishness; people are dying; people are afraid to touch anything, or go anywhere. Pretty soon, people will want to point fingers, to place all kinds of blame because, yes, in America at this time, the pandemic is unprecedented, and people are angry. Some feel betrayed; some feel unheard. Yet we’re all doing what we can to slow the spread of the organism, and some more than others. Like Ripley.

So what happens to Ripley? What does she do? How does she continue despite the terrifying odds; how does she maintain?

The simple answer is that she just does.

She continues despite confrontations with the willfully ignorant. No one supports her in this; she is alone and isolated in her endeavor, and she has to fight to be heard, but she continues anyway. The difference in making it through a pandemic, however, is that our isolation is now a shared experience, whereas Ripley experiences hers in a type of vacuum, and not just the one that makes up literal space. We have complained of our alienation from one another for years due to the advent of things like smartphones and, of course, social media, but now we’re experiencing our isolation so totally, that we’re starting to see what actually connects us. We’re forced to ask ourselves if, when this is all over, this is how we want to keep living.

Watching the barren streets in front of my apartment (an occasional car slips by, red tail lights disappearing around the corner, then nothing), an overwhelming sense of gratitude forms in me for the film that Aliens has evolved into, for the narrative that it is, and for Sigourney Weaver’s choices in that movie. 34 years later, and it has confidently transcended its place as an action, sci-fi film to the level of ubiquitous art. It tells us about ourselves, now, speaking to our own ability to survive. That’s what this film is; it’s a reminder of the ways we continue. Films that provide us with this type of crucial mythos the way Aliens does, is a rare occurrence, if at all, but the mythos Weaver has given us through all three performances (all the way up to Ripley’s self-sacrifice in the underrated third film), is still present, and perhaps more integral to this need than it was in prior decades.

People have shifted. They are creating their own myths in order to live, perhaps similar to Ripley’s (Do we have the capacity to make fire? Most humans have enjoyed that privilege since the Stone Age.) Which might offer us more important questions: How do we adapt?

How do we move on from here? 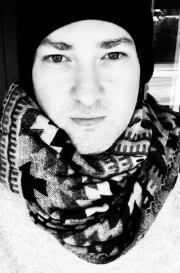