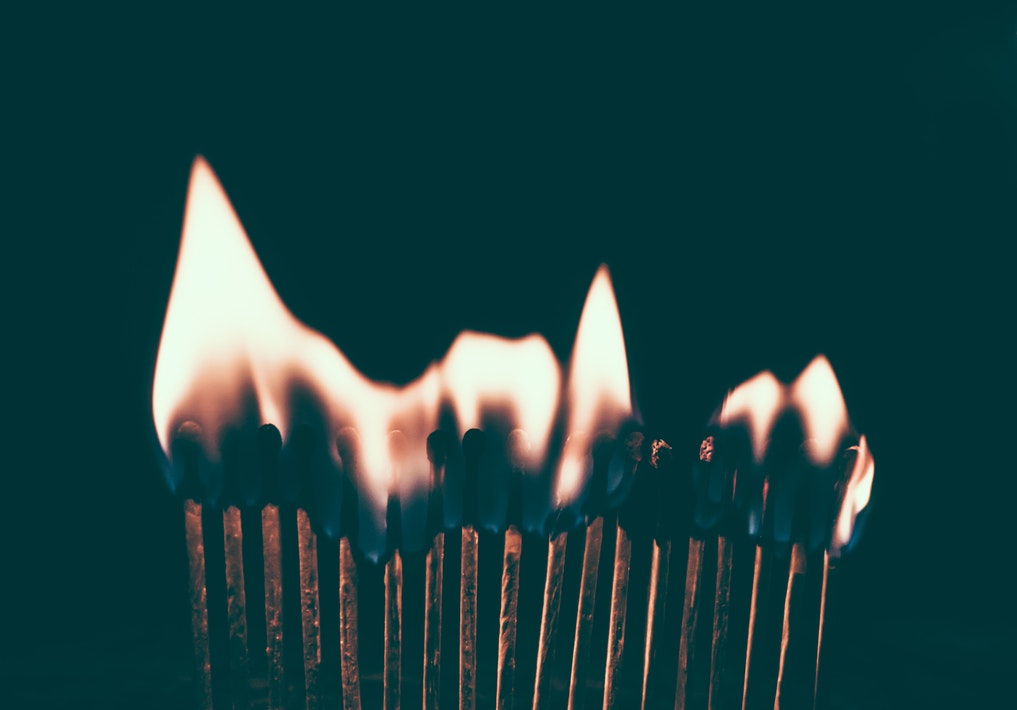 He pissed his cornflake juice
in the expensive of the hallway belonging
to the soap opera queen.

From the din of the kitchen,
people wearing last year’s orgasm
tossed glances like stones at his wet head.

Awful faces hanging on fangs—
pancake make-do and sideburns stitched
to a general sense of pointiness—in a place
where the winged quality-of-experience police
have no jurisdiction.

But he had to go and do it,
he opened his desert flower onto
the auctionyard of seized cars.
His friends said:

“We’re your friends
and we’re not your friends,
we can never leave
but we’ll see you later,
okay?”

Anyway, it was little miss
whoever’s whatever birthday
and she spent all day getting into those pants
and men appoint themselves
bouncers in stripclubs as we speak
so maybe you better lower your tone
in regard to the birthday girl and Ms. Nose.

But won’t shut up, he threw a moist box
at Toby the BMX-racer’s head,
the crowd is ready to open into him
with its toddler teeth, and Cody
and the boys’re goin to turn
that sky inside out
and make a closet of bruises.

Colin Dodds is a writer with several novels and books of poetry to his name. He grew up in Massachusetts and lived in California briefly, before finishing his education in New York City. Since then, he’s made his living as a journalist, editor, copywriter and video producer. Over the last seven years, his writing has appeared in more than three hundred publications including Gothamist, Painted Bride Quarterly, and The Washington Post, and praised by luminaries including David Berman and Norman Mailer. His poetry collection Spokes of an Uneven Wheel was published by Main Street Rag Publishing Company in 2018. Colin also writes screenplays, has directed a short film, and built a twelve-foot-high pyramid out of PVC pipe, plywood and zip ties. One time, he rode his bicycle a hundred miles in a day. He lives in New York City, with his wife and daughter. You can find more of his work at thecolindodds.com.